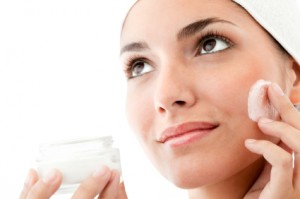 The study, published in the July issue of Aesthetic Surgery Journal analyzed results of patients who combined their BOTOX treatment with Obagi, versus a control group who used Botox combined with a placebo/standard skincare program.

The 120 day study was a multi-center, randomized, investigator-masked, parallel-group study with 61 Botox patients. Patients were randomly prescribed either a hydroquinone system (cleanser, toner, 4% hydroquinone, exfoliant, and sunscreen) combined with 0.05% tretinoin cream, or a “standard skin care regimen” with cleanser, moisturizer, and sunscreen.

Investigators and patients alike were asked to evaluate the results. They found “significantly milder fine lines/wrinkles and hyperpigmentation at days 30, 90, and 120” in the combination group and patient surveys showed “superior overall ratings.”

Here’s a breakdown of the Obagi results and standard group’s results:

According to ASAPS, “Patients using the hydroquinone system plus tretinoin believed that their study treatment had further enhanced the improvements attained with botulinum toxin type A compared to those using the standard skin care regimen (86% vs. 8%).”