So you’ve met the parents.  Now I guess if you twist my arm I’ll talk about myself.  Remember this wasn’t my idea!

As I’ve said, I’m the youngest of four.  The “baby” of the family is the end of reproductive life of the mother.  So my theory is that the youngest gets spoiled because the mother sees this and wants to hold onto her vitality.  No matter what the reason I was the envy/irritation of my siblings – a true “black sheep.”

There are four years between each of my siblings, except for my sister and me — there’s 13 months.  Dad never wanted two children in college at the same time.  Remember I told you he was an engineer (very logical people).  I was unplanned, yes, but often the best things are.  (The great thing about having a blog is that you can stroke your own ego).   According to Dalton Conley, author of ‘The Pecking Order: Which Siblings Succeed and Why, the youngest tends to be the most creative and can be very charming (I like this) — even manipulative (not so much).

Famous youngests include:  Cameron Diaz, Jim Carrey, Drew Carey, Rosie O’Donnell, Eddie Murphy and Billy Crystal so I’m in good company (well maybe except for Rosie).  Whether you are the youngest or know one, you can probably appreciate the pervasive power the youngest child possesses. 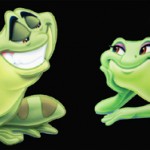 Like most boys I hated school.  So I really enjoyed anything but school.  I was always the “busy” child.  My grandmother on my mother’s side disliked me immensely because of this.  (No shock to any one who read the last post.)  I  did the usual things: baseball (which I wasn’t good at),  soccer (the same) and scouting (where I did actually get my Eagle Scout).  But mostly it was the theater that I loved.  I doubt I was any good at it but it was my mother’s main interest as well so I kept doing it.   This connected us during my childhood.  It’s interesting because the first play I ever did was the Princess and the Frog which is in theaters as a movie now.   By the time I turned 16, I had performed in numerous plays and musicals even a paid part at a dinner theater.  So as a junior in high school, I had to decide on my future.

Academics was definitely not my forte (just what you want to hear your surgeon say); more on this later.  I grew up in a lower-mid/middle class town, in Delaware, that was forever carried by a steel company that died a slow painful death and took the town with it.   The high school system reflected this.  In addition, the state decided that busing suburban kids into the worst schools of Wilmington, DE and vice versa would create racial harmony, but it actually created racial riots and a lousy school system.  Forcing love-of-thy neighbor never works.  So although I gleaned from my father that college was a necessity, it wasn’t for me and fortunately mom and dad supported my desire to do New York theater…

Man this one was boring, wasn’t it?  Now it gets interesting.

Catch up with Part 1 and Part 2