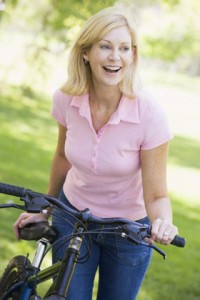 People with early signs of aging can achieve good results and high satisfaction 10 years or more after their face lift, according to a new study in the latest issue of Plastic and Reconstructive Surgery.

A previous study found that older patients were more likely to have lower satisfaction scores, with varying facelift results. This new study by Doctors Liu and Owsley (at California Pacific Medical Center) involved comparisons of long-term and short-term patient satisfaction scores, combined with analysis of long-term results using photo analysis. Three age groups were selected: younger than 50, 50 to 60, and over age 60.

“Remarkable Maintenance of Their Appearance”

Patients who had a facelift before age 50 showed “remarkable maintenance of their youthful appearance,” according to the authors. At both short and long-term follow-up, younger patients reported higher satisfaction scores. Their scores were further supported by photo analysis.

The study results support the idea of performing “maintenance” facelifts for patients who don’t have significant signs of aging. “Younger patients who have facelifts (<50 years old) have longest lasting results with less noticeable postoperative changes,” Drs. Liu and Owsley say. Because at 50, the visible signs of aging represent “the tip of the iceberg” in relation to changes beneath the skin that come later.

Many patients in this age group are likely to treat facial wrinkles and other localized signs using injectables. For a long-lasting result, it may be a better idea to undergo a face lift. The changes after facial rejuvenation surgery will also be more subtle, so patients can be modest about having cosmetic surgery.