One of the most common questions I’m asked is “Why are some breast implants so high?”  To answer this we need to distinguish between normal postoperative implant position and implant malposition. 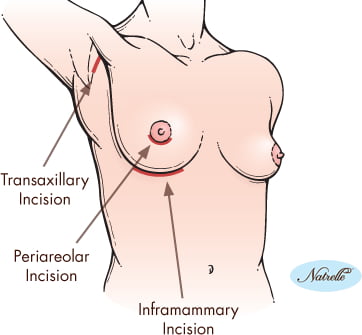 When I perform breast augmentations I use either subinframammary fold incisions or periarolar incisions.  These incisions allow for the best visualization and development of the subpectoralis pocket where the implants are placed.

To develop this pocket the pectoralis muscle is cut across its interior insertion on the ribs toward the sternum.  The breast tissue is then lifted off of the serratus muscles toward the side and the subpectoral pocket is developed.  When the implants are placed they sit against the very bottom of the breasts. 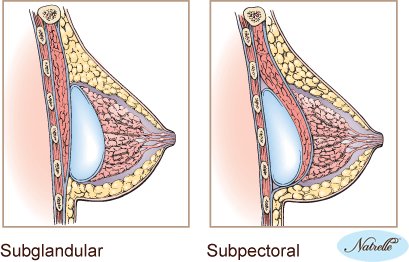 Once the incisions are closed the implants usually appear more in the upper part of the breasts and the lower parts of the breasts appear tight and constricted. The breasts may even look slightly “boxy.”

The placement of breast implants causes a significant amount of pressure on the overlying muscle, breast tissue and skin.  This pressure causes the implant to displace more of its contents toward the top of the breast, where there is less breast tissue and less pressure.  Thus the postoperative “high” appearing implant.

Very quickly the tissues stretch, breast tissue thins and the pressure is reduced allowing the implant contents to “fall” from its superior position.  As the implant “falls” it places more pressure on the lower and lateral parts of the breast resulting in the normal rounded appearance of the breast.  Depending on the size of the implants and the breasts much of this process occurs in the first two weeks and is completed by 2-3 months.

Implant malposition implies that the breast implant permanently ends up some place other than directly behind the center of the breast.  “High riding” implants occur because the lower half of pocket was under dissected.  This means that the breast tissue and or pectoralis muscle was not lifted off of the chest wall enough to give room for the implant.  And typically more dissection was performed at the top of the breast thus giving more room at the top of the breast and less at the bottom.  This is one of the biggest complications associated with the axillary (armpit) approach to breast augmentation.

So the take away point is that if your breast implants are still “high” three months after surgery then it’s likely implant malposition and surgical correction is necessary.