In London’s Hunterian Musem, a collection of medical archives is being gathered from World War I. “They are powerful testimony to the advances made by modern surgeons in the past 100 years,” writes Helen Briggs for the BBC, who recently posted a compelling article about the Gillies Archive and the ways in which war has driven innovation in plastic surgery.

The artifacts tell a story about war injuries and the surgical techniques that were developed to treat them.

You can read more about Dr. Gillies’ work on Wikipedia:

“The Queen’s Hospital opened in June 1917 and with its convalescent units provided over 1,000 beds. There Gillies and his colleagues developed many techniques of plastic surgery; more than 11,000 operations were performed on over 5,000 men (mostly soldiers with facial injuries, usually from gunshot wounds).” 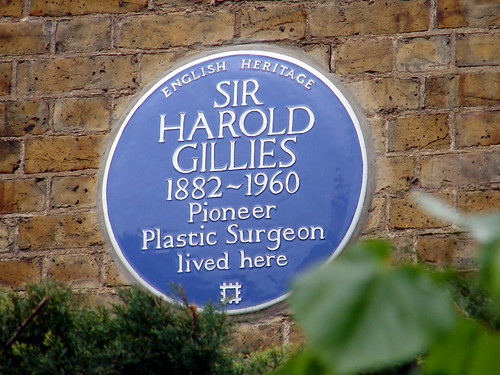