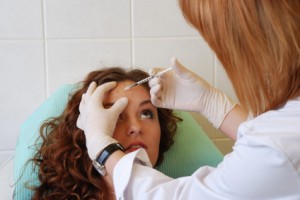 The economy is on a slow-but-steady rise, and consumer confidence starting to return. As a result, cosmetic procedures have enjoyed their second year of growth in a row.

According to a report issued by the American Plastic Surgery Society, surgeons across the country performed 13.8 million procedures in 2011. This is a 5 percent increase from 2010, which itself was a year of growth.

“Consumer confidence was up, auto sales rose 10 percent, so it is not surprising that we would also see increased demand for plastic surgery procedures,” said ASPS President Malcolm Z. Roth.

The report by the ASPS breaks down the numbers further, providing insight into prevalent trends in the industry.

“We are seeing notable increases in surgical procedures, such as facelifts, that reflect the demands of an aging boomer population,” said Dr. Roth. Chin augmentation, a popular procedure among men, nearly doubled, and lip augmentations went up by nearly 50 percent. However, the real action is in minimally-invasive procedures, such as laser hair removals (up 15 percent) and microdermabrasion (up 9 percent), with the number of procedures in the millions.

While consumer confidence goes a long way, Dr. Roth credits a lot of hard work from the industry in part for the promising trend.