The following is the fourth chapter in a 5-part series by Pamela K. She shares her experience with breast cancer diagnosis and breast reconstruction surgery with Dr. Christopher Hess in Fairfax, Virginia. Click here to see all chapters from Pamela’s story.

After Surgery: The First Five Days

“I am what I am today because of the choices I made yesterday.” – Eleanor Roosevelt

I woke up from my surgery in the recovery room in a lot of pain, all across my chest, under my arms, and on the left side of my back. No wonder. By my later count, I had six incisions, five in front and one in my back, and four drains coming out of me, two from my left breast and two from the incision in my back. The nurse was quick to administer pain medication as soon as I told her how I felt, and it worked relatively quickly to take my discomfort down to a manageable level. Not long after that, my husband, Oscar, was at my side, and I was on my way to my room.

Oscar told me that both surgeons had come by to see him, and that they had said it had all gone well. Good to know, I thought through my post-surgery haze.

My husband also wrote an update for me that day after surgery on my CaringBridge site, another sign of his devotion, since my husband does not like to write:

“Hello. This is Oscar here. I wanted to let everyone know that Pam’s surgery went well today. It took about 5 hours, and she came through it successfully. She was in some pain afterward, but that’s getting better as time passes. She will be very, very sore for a while to come, the doctors say.

Pam was in good spirits heading into the operation this morning, making the hospital staff laugh as they prepared her for surgery. She even got me, her husband, to admit to her that, in fact, she IS funny. (Usually, I’ll only allow that she’s amusing.) I have marveled at her strength and her ability to maintain her sense of humor throughout this process, so far. I expect Pam will be updating her journal herself by tomorrow.”

I remember having some gelatin, tea, and graham crackers late in the day after surgery, and dozing a lot. I think I also took a walk before the day was over, which was no easy thing, given that I was attached to an IV, with a self-dosing pain pump, and I had a catheter and four drains coming out of me. Fun times. But I instinctively knew that moving would make me feel better and heal faster. That was certainly the case when I had my back surgery. Oscar spent the night at the hospital with me after surgery, at my bedside, in case I needed anything. I told you he was an excellent cancer husband.

Here’s what I wrote in my journal the day after surgery:

“By all accounts, my doctors did excellent work yesterday. First and best of all, the cancer is gone; thank you, Dr. Virginia Chiantella. I just saw her today and she’s amazed by my progress and delighted that I’ve already done several laps around the floor. And while I’ve yet to see for myself, because my room has no mirror, I’m told that Dr. Hess is quite the artist and worked his magic on my healthy breast in ways that are already visible and admirable. (smiles)

Visitors today were great medicine, too. My aunt and my little boy came this morning — Ethan’s face filled with trepidation as he peeked around the door and then walked toward me, only to discover that I looked like….me! ‘You look like you always look when you get up in the morning, mommy,’ he said with
great relief. Alrighty then.

Ethan didn’t know my surgery was done to remove cancer. Cancer is a big, scary word for a child – even for grown-ups. And he had just turned 10 in February. We didn’t want to frighten him. He’s such a sweet, sensitive boy, and he and I are very close. But we also wanted to be honest with him. So we simply told him that I was having surgery to remove some cells that had gone bad in one of my breasts, kind of like when fruit gets a brown spot, and if you don’t cut it out, the whole thing will go bad. We didn’t even know what stage of cancer we were dealing with or what additional treatment would be necessary until after the surgery, so there was no point in worrying him with lots of unknowns. His dad and I were worried enough for all of us.

On Tuesday afternoon, Dr. Hess came by and took a look at his work. He said his only concern at this point was that the tissue and muscle he’d moved around on the left breast had a good blood supply and were looking healthy. And, evidently, they were, because he was pleased.

On Wednesday morning, I asked to be taken off the pain pump and put on oral pain medication because I’d learned that this was the key to getting the catheter out. I can’t quite remember the connection now – a nurse had explained it to me — but I couldn’t get rid of one without the other. And I wanted the catheter out so I could do more walking and moving around.

And then, wonderfully, on Wednesday afternoon, free of the catheter but fully dosed with oral pain meds, my husband figured out a way he could wash my hair for me without getting all my incisions wet. It was delightful! I remember being very tired by Wednesday afternoon, when Dr. Hess came by again. He suggested that perhaps I was overdoing it with all the walking and hair washing and should consider just resting more. I reminded him that I had the patience of a hummingbird, as he’d said, and we laughed about that a second time.

On Wednesday night, I took a look at myself for the first time since the surgery. It was staggering to see how deeply bruised I was, how swollen, and how much work still lay ahead to create something that would actually look like a breast on my left side. There was a large, diagonal incision across that breast, crooked where it went around the nipple, and toward the top of it, skin was pulled taut over the expander. But at the bottom of that breast, there were extra folds of skin to be used later in reshaping it. My right breast was very bruised, as well, and it had a combination of anchor and lollipop incisions – a circle around the repositioned nipple, then a line straight down from it, leading to the curve of the anchor at the base of the breast. But it was so perky, and such a nice, rounded shape – even bruised and swollen, it struck me as just lovely.

I was so glad Dr. Hess had done the lift at the same time he began the reconstruction, because it gave me an idea of what my left breast would eventually look like, and that made it easier to handle what I saw on that side of my body when I looked in the mirror. My old breast was gone, but my new one wasn’t yet fully formed. I didn’t feel the sense of loss I’d expected over my left breast, at least, not in that moment, and perhaps that’s because there was still “something” there, a swell, in the form of the expander and the lat muscle.

And then there were the drains. Seeing the drain tubes poking out of my body was, well, kind of creepy; it reminded me of the Borg characters on Star Trek: The Next Generation. And the red, raw 10-inch incision down the left side of my back wasn’t looking so great, either. Suffice to say, it wasn’t pretty in the aggregate. And I remember thinking that I wanted to let a while go by before I looked that closely again. I reminded myself that this was all just temporary, a process that requires you to take one step at a time, one day at a time.

A Shower and I’m Going Home

Thursday was exciting because I got to take my first real shower since surgery. Woo-hoo! The nurse put some antibiotic cream around my drain sites, and I was good to go. We managed the drains in the shower by taping them to my body. My pain was well managed, and I seem to recall that I walked a lot and slept a lot that day, after the shower.

Friday, I went home from the hospital with medications and instructions from Dr. Hess. He gave me an antibiotic, an anti-inflammatory, and pain meds. It was OK to shower so long as I put Neosporin around the drain sites before and after, and I needed to empty the drains at least twice a day and record how much was coming out of each. So, off I went — me, my expander, and my four drains — with an appointment to see Dr. Hess early the following week.

TLC catalog – The American Cancer Society has a catalog and web site called “tlc – tender loving care” that’s filled with the kinds of things you need after breast cancer surgery and through treatment: special bras and camisoles, drain holders, hats, wigs, and more. The web site is www.tlcdirect.org and the phone number is 1-800-850-9445.

Nordstrom’s – The store at Tyson’s Corner has an entire area of their lingerie department devoted to mastectomy needs, including front zip bras and camisoles that include pouches for carrying your drains. 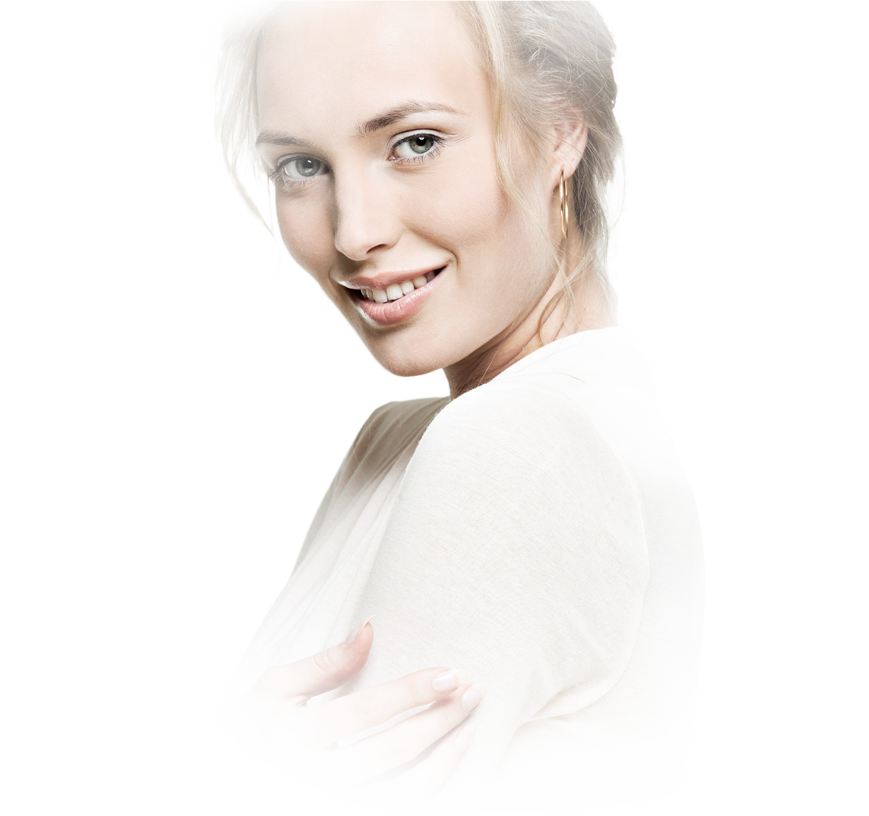 “My experience and surgery results were incredible! I am the happiest girl in this world!” ~ Actual Patient ~
Contact Dr. Hess
See Pricing & Financing703.752.6608